My country is called TANTANIA with a capital half the size of the country called BLANCASIO. It is located in the windy snowy lands very close to the arctic so they get a lot of bears and caribou. BLANCASIO is a very white city in the middle of TANTANIA. The flag of TANTANIA is a white and purple stripes and one little light green star in each corner. TANTANIA is shaped like an upside down teardrop and looks like it has a top hat.

TANTANIA is an island and the only way you can get to it is by a little one way bridge that causes a lot of accidents and many injuries have occurred there. Their signature dish is sushi just to know that every restaurant in all of TANTANIA sells sushi. Did you know that there are 1523 restaurants in only BLANCASIO. I wonder how many there are in the whole of TANTANIA. Here are the most well known sushi in the hole of TANTANIA. I will also say the name of the restaurant and the type of sushi. 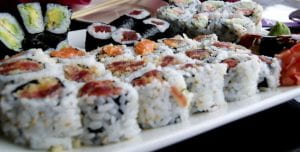 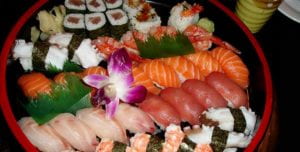 Type: Patagonia ( which is a flower) Sushi Dish. 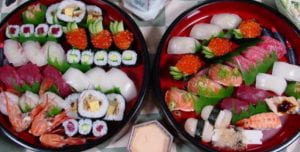 Yes I know that there signature dish is sushi but did you know that Japan actually stole sushi from TANTANIA and made the world think they made it  but they did not so it was very hard for them to show the world they actually made it. They actually almost had war with  but good thing…… wait you might not believe me because russia actually stopped them……. ya I know.

Sushi actually started out as raw fish inside seaweed then became with rice then became what we know as now. Did you know that TANTANIA actually started world war ll and then actually ended it ……. ya i know unbelievable and it also feels like a cartoon made wrong. Did you know that it started as an island only 40 feet wide ya it was so small but over the years the water evaporated and disappeared so the island became bigger and then after a while it created a bridge and that is where the island of TANTANIA is now.